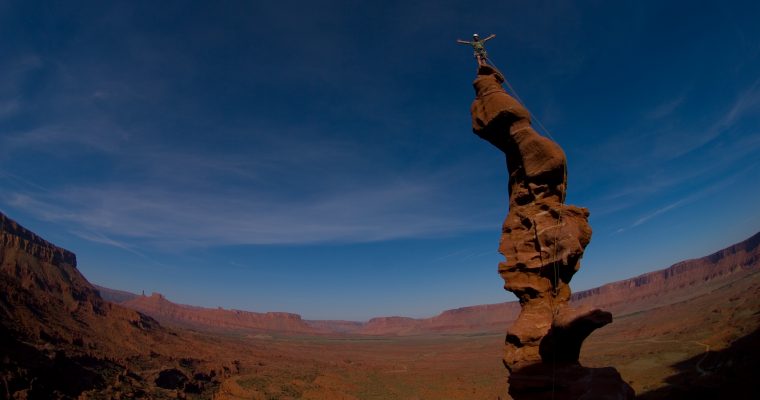 For the last few years Snowdonia Mountain Guides has been heading to Spain to coach climbers under the wonderful sunny skies of Spain’s winter sun. With winter fast approaching come join us on our new venture with Sunnier Climbs Hot Rock Coaching Holidays and Adventures.…

So whilst we are still offering the same great getaways to Spain and other fantastic hot rock holiday destinations we have made a little bit of a rebranding over to Sunnier Climbs, a website that is dedicated to offering winter sun, hot rock climbing and… 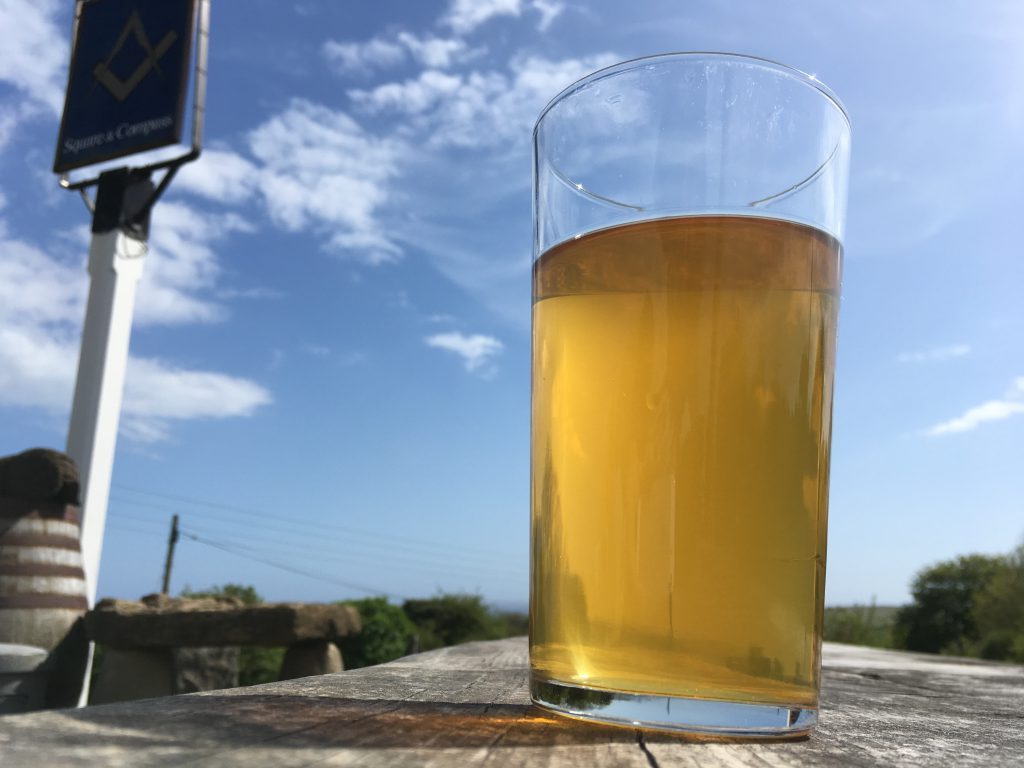 So I was lucky enough to get all the books together just days before I ended up in the orthopaedic hospital having my back operated on. I have for many years suffered with a bad back and have prolapse my L4/L5 disc on several occasions cause me great discomfort. The last time this happened I decided enough was enough and got on the NHS waiting list for the operation.

One failed pre-op, followed by a heart op to cure an undiagnosed arrhythmia follow by two more pre-ops and finally last week the operation to remove any offending disc matter. As a result I am now laid up in bed pretty sore with only a limit amount of walking allowed for the first week, before I can slowly start to increase the distance. When the physiological said up to your previous levels, I had to tell him what those were, at which point he said, well maybe not quite to those levels.

Anyway the result is I am now more in a managerial position rather than teaching position with Snowdonia Mountain Guides. Feels weird, but it is great sending member of the SMG family out to do all the hard work for me. Although I can’t wait to get back to the hill but that won’t be for at least 6-8 weeks, maybe more!

Although all things considered this is nothing in the grand scheme of things. 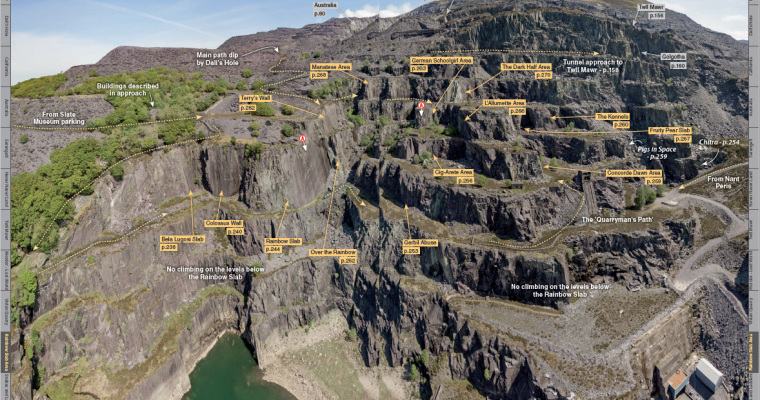 So for the last, 8 months I have been working on the latest Rockfax guidebook to climbing in the Slate Quarries around Llanberis. It has been a great opportunity to highlight some of the great new and classic routes in teh quarries, by developing a… 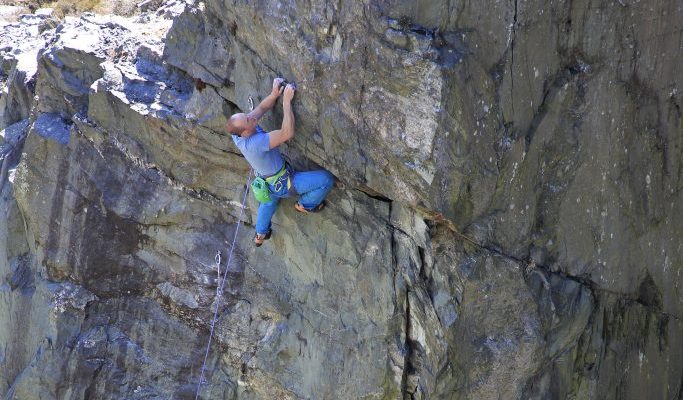 So as well as getting around climbing some great routes around North Wales, I have also had a eye out for new routes as I have been putting the slate guide together. I had always thought the Peppermint Tower deserved a route that didn’t make… 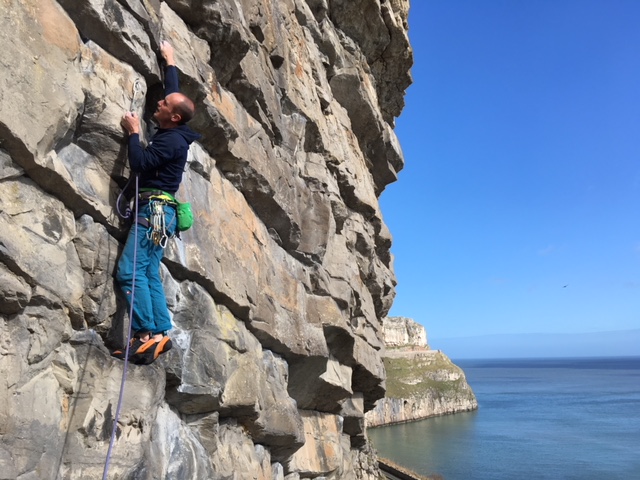 Life in the Shallow End

Whilst exploring the limits of the structural integrity of shale is one way I like to test myself, At the same time it can get a little tiresome emotionally and there is the whole argument of choosing your battles. With a little of this and a little of the weather not play ball for the Llyn Peninsular I her been getting out on more conventional rock.

So since my last mini instalment, I have been exploring quarries for routes old and new, been down a slate mine and of course been to the Beacon Climbing Wall. All of which has been great and really helping fill the days out around bring the new Slate guide into life.

With the Slate Guide in mind i had to start visiting a few of the new crags that have been developed. So I started with the highest hanging fruit. A crag above the highest know routes in Australia. A short 4b pitch leads to the level and around 6 routes. Whilst those routes on the left and right were OK, the central section has a perched flake that looks extremely unstable. So whilst the 6b/c (height dependent) right arete is great, care needs to be taken.

Lower down at a place called Ayer Rock there is a trilogy of routes, with on 6a, a 6c and a 7a. All of which are worth climbing if you make the effort to get there. Although the 6c right arete again and the 6a for that matter are the cream of the crop. I think this area is a great addition to the slate.

The following day the weather was gash so Jez and I headed to Tremadog on a hope and a pray. We hung about the lay-by discussing what to do and Jez thought he have a go at the 2nd groove pitch of Cream. So I headed up the first pitch and he went up the second, and like a lot of people had to hang on the rope below the roof, due to the problematic nature of the move. I managed to follow pretty well and arrived at the cave wondering do I go left and up Vector an E2 to the top or right towards the top pitch of Cream.

I went right and belay below the head wall, agreeing that I would give it a nudge. everything went well until it didn’t. Big air was had and eventually I battle my way to the top via a couple more rests. The desire to climb hard sated, we abseiled back down to the van and home for tea and medals.

Waking up after hanging in a harness for so long was like straightening out a coat hanger, a long an more awkward affair than I would normal hope for. So Simon’s plan for the Great Ormes was a little optimistic. However my plan was to warm up slowly, with Mumbo Jumbo and Tony’s Route before moving round the corner to Contusion, 6c which is a good final warm up for me. I then headed up The Bloods a 7a+, and much to my amazement I made it to the top by using the motto, you are not off until you are off. Somehow I maintain contact with the rock.

So whilst none of this is the deep play of the Llyn, It is all really good fun and a great way to keep fit and psyched by visiting a variety of crags and rock types. 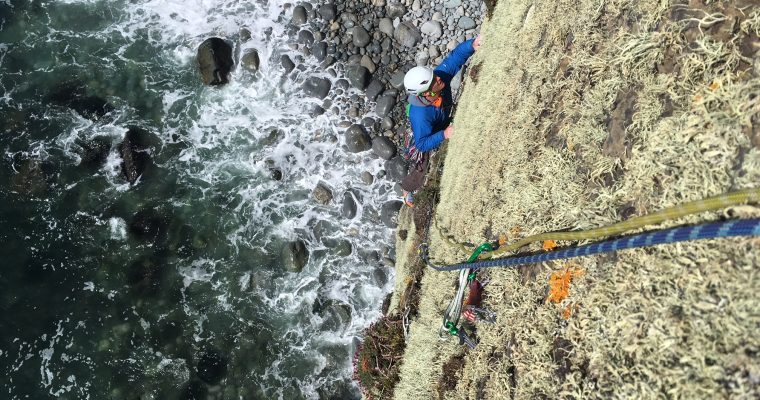 Climbing is what many describe as a broad church, with many subdivision and subcultures that make up the whole. Whilst many climbers will drift happily between the technicalities, strength and athleticism of bouldering, through the physical challenges of hard sport and into the mind games… 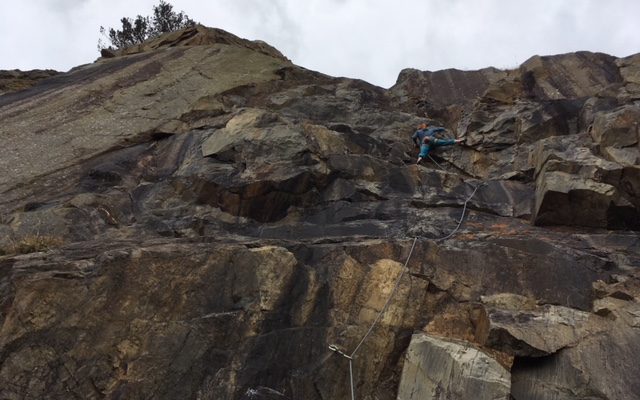 I am not talking about taking people precious climbing projects, i am referring to getting out despite a bad forecast and making the best of a bad bunch. The last couple of days has been just that, with some ducking and diving I have managed… 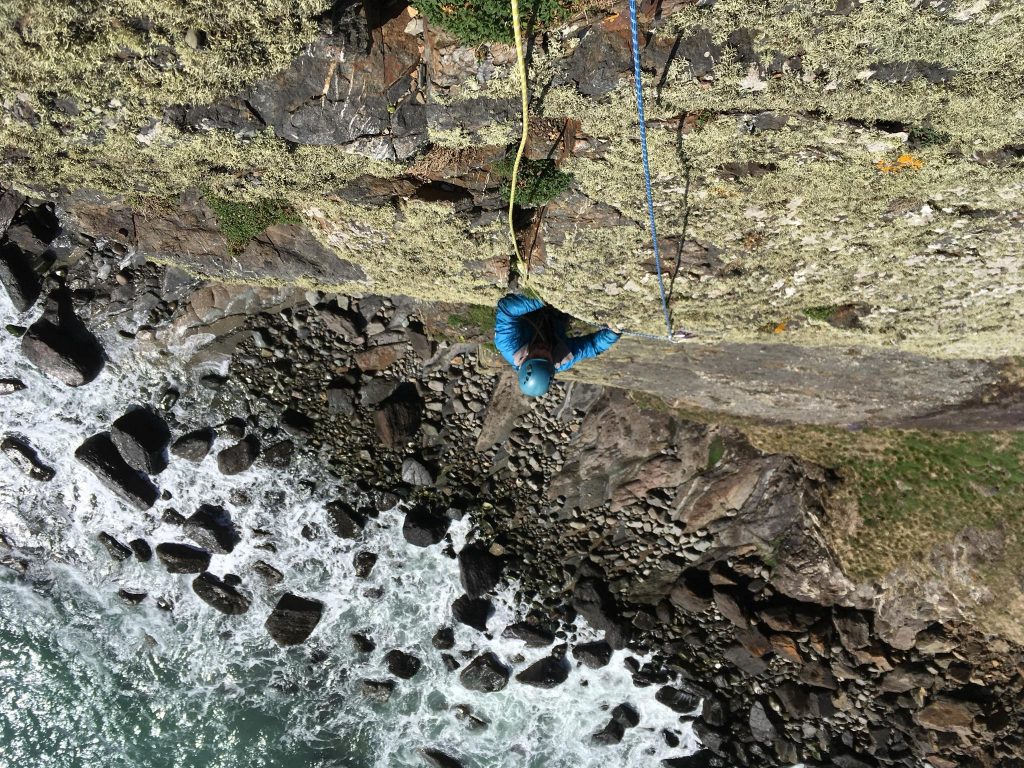 Spent a great day at Craig Dorys today where the Llyn effect was in full force, so under a sunny if somewhat breezy sky we abseiled into the Craterer Slab and climbed Pat Littlejohn route, Headwind. This route starts up Full Sail before heading out to the arete and climbing it in a rather spectacular if slightly looser position. Although generally the rock is not too bad for Dorys.

It was great to be back down here, although after a winter clipping bolts the climbign got real real, real quick. With runout easy slab climbing with janky gear and a few techie moves to get around the steeper sections whilst at the same time not pull the holds off.

It is the kind of climbing that strongly really makes me feel alive. Can’t wait to get back there! 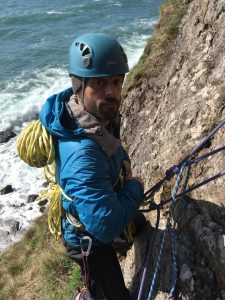 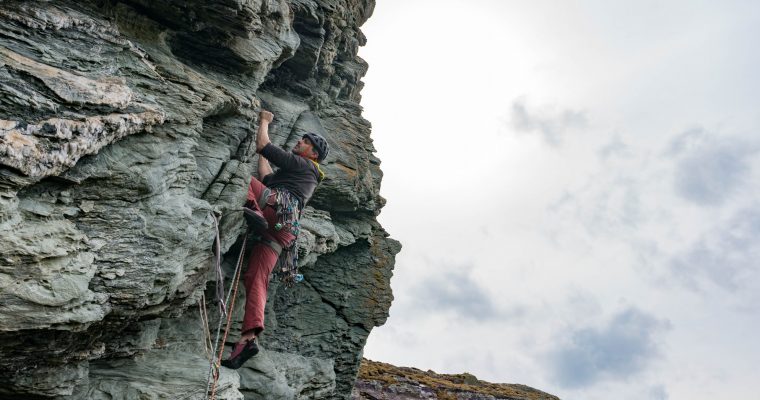 So generally this easter weekend has been a total wash out. With little in the way of climbing to be had due to the damp rock. That said I did manage to squeeze in 5 routes on the Range on Sunday with a good friend…