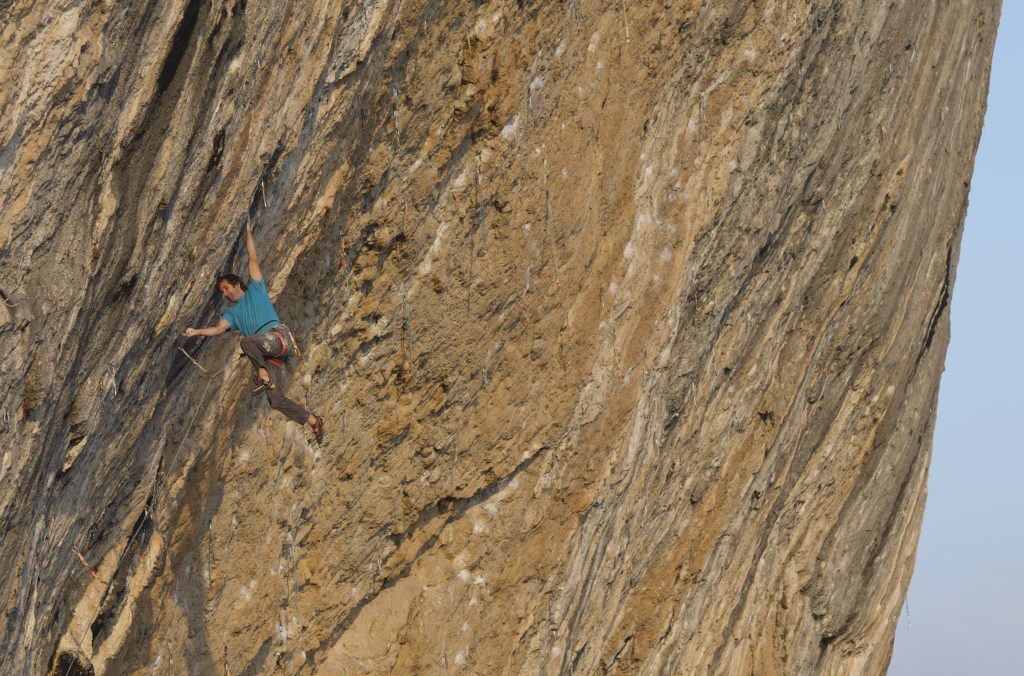 So after a two months in Spain in through September and October working on a book project, I got back the UK in time for one of the worst spells of bad weather I have encountered since the long wet winter of 2005 (this maybe wrong, maybe it was ’01). Either way I was bored of driving to the climbing wall and back in the rain and not seeing the sun so I jumped at the opportunity to head back to Spain and stay with a friend for a month around Llieda.

The climbing is generally hard, although mainly because we are picking crags with routes to redpoint. It was a rude awakening to have to warm up on 7a! But after a disastrous start of putting my blackout on the ing drive south, I have managed to get back to a reasonable level with quick reappoints of 7a, 7a+ and 7b, and even an insight of a 7b.

We have spent a lot of time at Oliana where I have witness the legend that is Chris Sharma on the La Blonde Project. Which is mental. I am flailing about trying to redpoint 7c/8a, and my climbing partner has reappointed 8c. The gap between his climbing and mine is arguably as great between my partner and Chris on what must be a 9b(+) project. Which is totally mind bending, as 8c used to be considered cutting edge within my climbing career!

I remember the film Buoux when it was all about 8b now 9a is barely even worldclass.