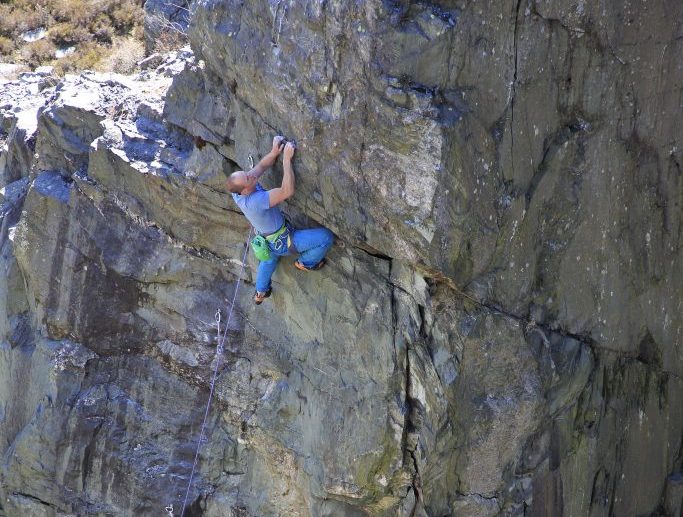 So as well as getting around climbing some great routes around North Wales, I have also had a eye out for new routes as I have been putting the slate guide together. I had always thought the Peppermint Tower deserved a route that didn’t make you think you were going to die. In particular it had a dolerite seam running through the middle of it which had an attractive looking line.

Last week I got round to bolting the route and another one on the shady north face of the tower. Along with adding a lower off to a forgotten about old route that is worth the effort to climb, and I might even re-bolt it. The same night we had Mike Hutton along with his camera and we finished the day off with an ascent of the awesome chinook arete, 7a.

My routes turned out to be an amazing 5c, called Jug Bach, named after the great trad route opposite it, and the other route was El Juego Grande, which translates to the big game. Again a fairly steady away 6a. Both need some care when lowering off due to some loose rock but in the main the routes are now reasonably solid.