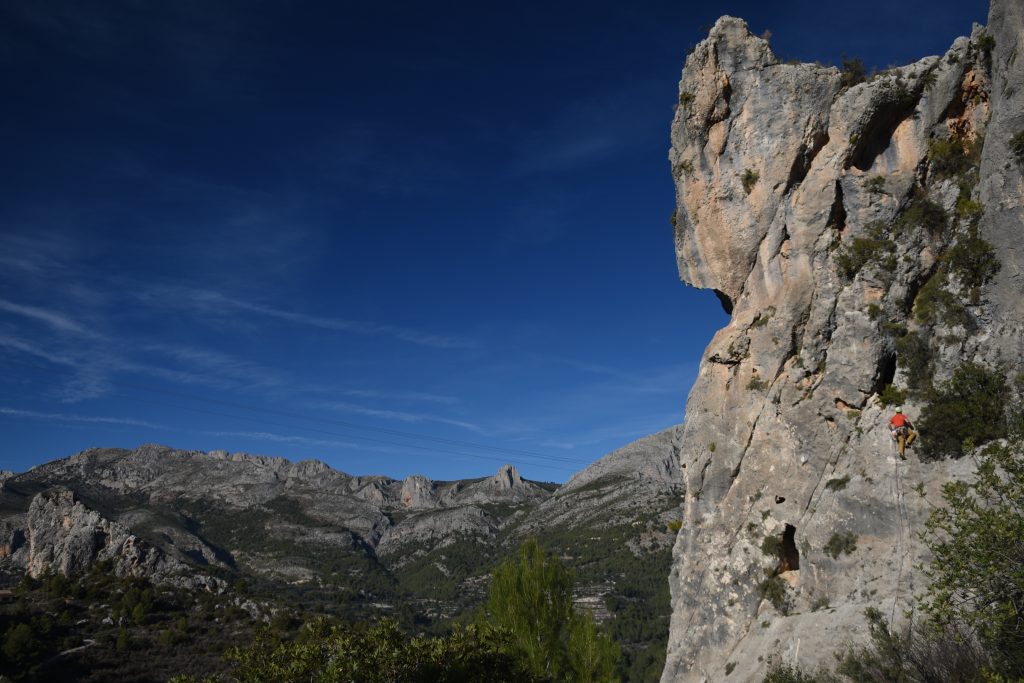 So yet again I have been lucky enough to spend another 3 weeks rock climbing and generally hanging out with my partner and her family and friends in Costa Blanca. We have been holed up in a lovely villa near Moraira, just north of Calpe. We had a lovely Christmas dinner sat outside in the sun and a great new year. As well as family and friends we have also managed to get out rock climbing.

Both Lynne and I have been doing really well, with Lynne managing to follow around 5 now, which given the last two years is an incredible achievement for her. She continued to get stronger until the last day of the trip. Sadly though we had to return to get back to the grindstone. For me, that is booking up adventures for people with us here and her it is counting beans for climbing walls.

For me, the trip help reinforce the fact that I now feel like a 7a rock climbing, which for me comes hard, as I don’t consider myself the climber of the grade until I on-sight it regularly. That I have done with several routes of 7a or 7a+ under my belt this trip. As well as some embarrassing failures one on a 6b+! All in all I have spent my time ticking off lovely easy routes at new areas so Lynne can follow me, this sounds like a chore, but it seems to serve as the best warm up you can do, as it means when I do one or two hard routes at the end of the day I seem to run up them.

We also met some inspirational people out in the Costa Blanca, Mike and Chris Simpkins but having had their bus passes a while amazed me with their enthusiasm for sports climbing and getting out on their tandem for bike rides that would kill me. They took us to a ‘crag x’ where we met a load of other let us just say, senior climbers. Again truly inspiring to watch and Lynne was blown away by Angela Soper’s climbing that day. Coming away really determined to get fit again.

Sadly the van broke down but is now repaired but we need one more trip before the season is finished to collect the beast and drive it and Lynne’s mum’s cats back to the UK for the spring.

This route is called Some VDiff and boy oh boy it

So this week I thought I would share with you some

Wales is not for sale, but paint a slogan wherever

Put my shoes out to dry yesterday in the sun, D’

Great day on the slate although still a little dam

The last two day I was working doing some annual i