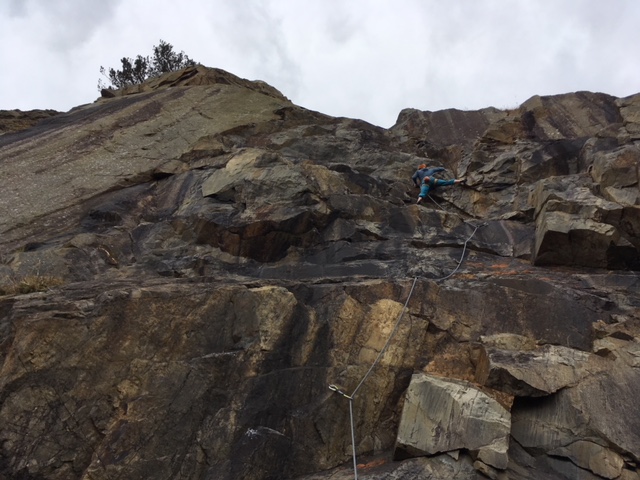 I am not talking about taking people precious climbing projects, i am referring to getting out despite a bad forecast and making the best of a bad bunch. The last couple of days has been just that, with some ducking and diving I have managed to get some climbing in with some great friends.

The first day was at Penmaen Mawr Quarry above the A55, this has a great selection of sport routes now. We started on a 6a+ Pelvic Wiggle, then I tried Lost in the Ozone a tricky 7a which I blew the crux on the flash, then it was the excellent Puzzle Groove 6b+ before Dave put the clips in and chalked up Map of the Problematique, a fantastic 7a+, which was awesome to flash. Long with lots of rest but some very technical parts. Including an awesome finishing slab that leads to lay backing up and very exposed arete. It then rained denying Dave his go.

The following day it rain a lot but Matt who didn’t want to be stuck inside made us head out and climb Christmas Curry a Severe in the rain at Tremadog. Which despite the weather was a great day out with some great friends.