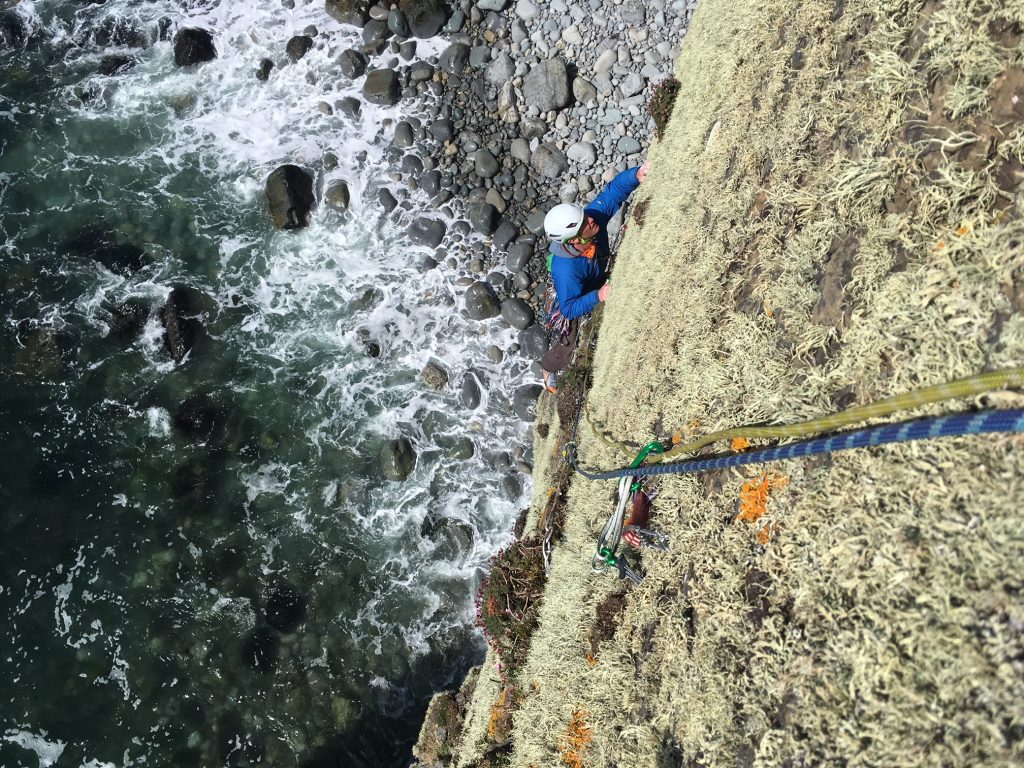 Climbing is what many describe as a broad church, with many subdivision and subcultures that make up the whole. Whilst many climbers will drift happily between the technicalities, strength and athleticism of bouldering, through the physical challenges of hard sport and into the mind games of trad climbing. Few venture further into the dark water of adventure climbing, where the Deep Play resides.

The term Deep Play was coin by British philosopher Jeremy Bentham (1748–1832), who defines “deep play” as “a game with stakes so high that no rational person would engage in it.” It is also the name of one of my favourite books by Paul Pritchard.

Whilst many aspects of the congregation of climbing seem to many people to capture the concept of those irrational games, with little reward compared to the cost of failure. It is trad climbing that is most seen by climbers as approaching the deep end of our little sport. There is, however, a point beyond what might be considered normal trad climbing, what is often called adventure climbing.

Here the risk is greatest and the outcome unknown for many reasons. Routes are tackled from the ground up with no pre-inspection on what are often loose and unstable sea cliff. retreat may be impossible and falling often becomes very unfavourable.

To even leave the ground on a route like this you need to be honest with oneself. This is not your Facebook alter-ego at stake here. This is life and it is about to get real. As a result, you need your A game. Technique, tactics and finding gear placements come to the fore. Loose rock will be falling around you, even the rope will knock off blocks.

For me, it can often feel like a war zone leading an adventure route. Like I have over the last week down at Craig Dorys on the Llyn.

It culminated in me attempting a new route on the Golden Wall, a line that is obvious but had never been attempted before. The first pitch took an existing route. Beyond that was the unknown. This was where I wanted to be, at the edge of my limits.

Leaving the belay I soon reach what I had bargained for, loose rock aplenty and some shitty gear to beckon me onto the arete. Pulling off loose rock with my hands and kicking into the sea with my feet I gradually find myself on the brink of pulling around the arete. At this moment I faced a make or break moment, a commit or back off. As the way around the arete seemed like a one-way street.

Committing I pull round the arete with at least a few Ok runners, to a ledge. Which is just good enough to stand on but slight in from the jug I am on, meaning the clock is starting to tick. Managing your emotions in this situation is to me why I do this, it is a major challenge and one that really does mean I leave my normal world behind as I focus entirely on the situation in hand.

Hold back the frantic idea that panic is a good thing, I look for ad try to place a runner, the only one I find id below my waist and with that I try to get stood on the jug. The first time a foot hold snaps and I am back where I started with my heart trying to pound out of my chest. I have little choice but to try again, this time using a high foot I managed a big burly rockover and somehow find enough solid holds in the sea of crispy flakes to pull my way up and get a stood on the jug.

I am now in balance on a ledge, out of sight of my belayer. Rising up to my right is a foot rail, whilst a wall covered in mariner’s lichen hides any handholds. I get two good cams and start my way up the ramp, teetering my way along trying not to remember the story of a friend who fell nearly the length of the crag when the ledge he was stood on collapsed.

The further along I get the thinner the holds seem, a few break unexpectedly, but trying to maintain three good holds whilst you search for a fourth helps, as does maintain a balanced body position. A series of gentle movements lead on to the top and I flop over and a wall on emotional release breaks over me. I am now aware of the sun and the sea. It has to a certain extent cleansed my soul a little.

My second follows, hs eyes out on stalks as he follows in my footsteps, knocking even more rock seawards. We retire to a Pat Littlejohn E3 Lankee Yankee, where he had his turn to scare himself on loose and unforgiving rock.

The Rat is Fed as one old-school climber put it.