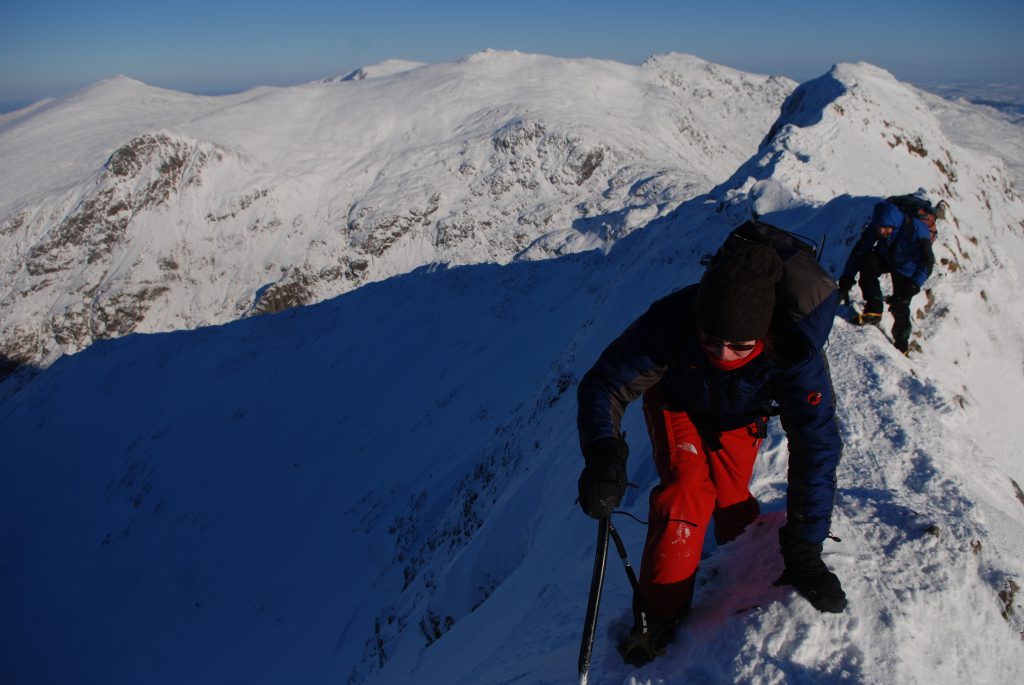 At the beginning of 2013 I wrote a small eBook for Kindle and iPad on understanding Avalanches for the Mountaineers. The book covers all aspects of avalanche assessment for the UK, but it was missing one of the more modern aspects that of human factors in decision making on the hill. This is often called Heuristics and comes from the idea that we use experienced-based learning in problem-solving. This can lead to us cutting corners to speed up our decision making. So rather than going through an exhaustive reasoning process we instead turn on a developing rule of thumb that we believe will help us quickly arrive at the right decision.

Arguably the longer we use this experienced-based approach the broader our rule of thumb gets. The more we fall into the trap of “well I have been out in worse conditions than this so today I feel safe”. Similarly, if we are inexperienced we can try and take shortcuts to reach a decision, rather than go through what can seem like an exhaustive process. This little article highlights situations that have appeared in avalanche research where human factors have influenced the risk levels an individual or group have put themselves in and has resulted in a greater chance of being avalanched.

This article is based on a couple of papers by Ian McCammon (2002, 2004) which looked at avalanches in America which included skiing, mountaineering and snowmobiling. So whilst not strictly applicable to the UK and mountaineering there are some interesting things we can learn from his work, as it has called on data from around 700 avalanche incidents. This gives the research a strong statistical power and one we ignore at our peril.

The researcher also used level of avalanche knowledge as a variable in most of the potential traps, as the results were mediated by the level of avalanche training of the most experienced person in the group. The number crunching identified several parameters that can lead us to inadvertently fall in one of the following ‘heuristic traps’.

The size of the group played a part in the level of hazard a party was likely to take. Firstly a solo traveller in wintery terrain seemed more likely to encroach on hazardous terrain, as did parties with between 6-10 people in them. If your group had between 3-5 people or more than 10 then it took lower risks. The lowest risk groups were groups of 4 and groups of greater than 10.

Familiarity breeds contempt or so the saying goes and it is also true in avalanches. If we use a mountain regularly and it doesn’t avalanche then our rule of thumb says, ‘well it doesn’t avalanche in this condition’. To show you how powerful this trap is regardless of the level of training every group took more risk in familiar terrain but only by a narrow non-significant amount. However, it is only in the group that has had advanced training that the effect become pronounced with these ‘experts’ taking significantly more risk in familiar terrain than unfamiliar. So whilst we all need to be careful to not dismiss our local hills and slopes as safe, it seems that even the experts need to be careful not to fall into this trap.

MAINTAINING THE STATUS QUO AND COMMITMENT

Psychologically speaking it is far easier for us to maintain a decision we have already made. So if you dismiss avalanche risk early on in the day the more likely you are to keep with that decision. So putting off the decision whether to commit to a slope or route may well be in the interest of safety, especially as Uk conditions usually mean we don’t reach risky slopes ort indeed the snowline until fairly committed to a day out.

Where this maintaining the status quo had the greatest effect on the level of risk a group put themselves is was when the commitment was high. A highly committed group was defined by the group reporting darkness, timing or another constraint as motivating their decision making prior to being avalanched. How many times when you are tired and light is failing have you decided to ‘risk’ a slope?

There is an argument that as social animals we will do things to get ourselves noticed or accepted by a bigger group. Especially if we consider say the wider community of Scottish winter mountaineers to be a hard and hardy bunch of risk-taking lunatics who thrive on near epics. Then some of us will constantly push to fall into this ‘social norm’.

Where this gets more interesting is in mixed gender groups, as young and even not so young men can engage in peacocking behaviour. Psychologist have done great research into risk-taking and have shown just by changing the sex of the researcher observing that adolescent males will take greater risks in a number of different settings. This was highlighted in the results where all groups with women in took greater risks.

The most vulnerable groups being avalanched were those with either no awareness, a slight awareness or basic avalanche training. Interestingly the statistics show that women self-select not to go out with the highest risk group, those with just avalanche awareness. Instead, they flock towards the lowest risk group those with advanced training taking the least risk.

Whether or not there is a distinct leader in a group, during the course of the day one can emerge. This can be the person with the most avalanche knowledge, the oldest, the best mountaineer or simply they are the most assertive. As you can see not all the reasons for becoming the defacto leader are conducive to minimising exposure to avalanche risk.

The result showed that groups with no or only a slight awareness of avalanche risk took significantly more risk when a leader existed. Highlight the above argument that it wasn’t necessarily the right leader making the decision.

The other effect on the level of risk is group size, with bigger groups (4+) being more susceptible to taking bigger risks. One argument is that this is driven by conformity and peer pressure, which has been shown to be more persuasive in groups where there is a majority of 2 to 4 people.

If they are doing it then so should we, or a case of the blind leading the blind. Out on the hill there are numerous things that we should be looking at to inform our decisions when it comes to Avalanches. Simply seeing people on slopes we intend to use is often a cue for us to skip all those steps as say well if they are on it then its safe! They might have ventured onto it without a thought for the risks and you follow because the slope hasn’t slid yet.

Again, these social aspects of mirroring others behaviour have a significant effect on your chances of being avalanched. Again there was an interaction with the level of avalanche training. Those with none or some avalanche awareness took slightly more risk when on there own and actually decreased there level of risk-taking in the presence of others. Whilst those with basic or advanced training took a much greater risk when they had encountered others.

To illustrate the point that seeing someone on a slope does not mean its stable, the paper showed what triggered the avalanche. So whilst in 39% of cases, the avalanche was triggered by the first person on the slope. That slope could still be trigger by subsequent single people accounting for a further 21% of triggers (or one in five, the kind of odds you get in Russian roulette). That left 41% that were trigger by groups of 2 or more.

Conditions in the UK are fickle, dependent on when in the freeze-thaw cycle you are then things can be good, bad or downright ugly when it comes to mountaineering. There are risk factors in all conditions, but as people flood north as a weekend forecasts perfect conditions and we all make strong commitments to get on routes we can fit into the previous trap and this one of scarcity.

Given in recent years we have had both the best and worst winter seasons within a couple of years. Acting like it is the last time EVER you will be able to climb that route in winter can prevail especially when routes that haven’t been in condition for years come into nick.

Whilst no where near as strong as the commitment factors, it is always worth putting in perspective the do or die approach that can overtake us as we push for another weekend in the whiteroom.

We are all guilty at times of falling into these heuristic avalanche traps, and we need to be vigilant all the time when on the hill and often allowing ourselves enough time to make a decision may well help us avoid taking these shortcuts. However, there are a few where hopefully simply having an awareness of will reduce the risk further, as a old mountaineering instructor once said to me, ‘It’s the risks you don’t know your taking that are likely to kill you!’

Be safe out there and if you want some avalanche training or a winter skills course then check out what we offer both in Snowdonia North Wales and Scotland.