A Beginner’s Guide to Climbing Snowdon 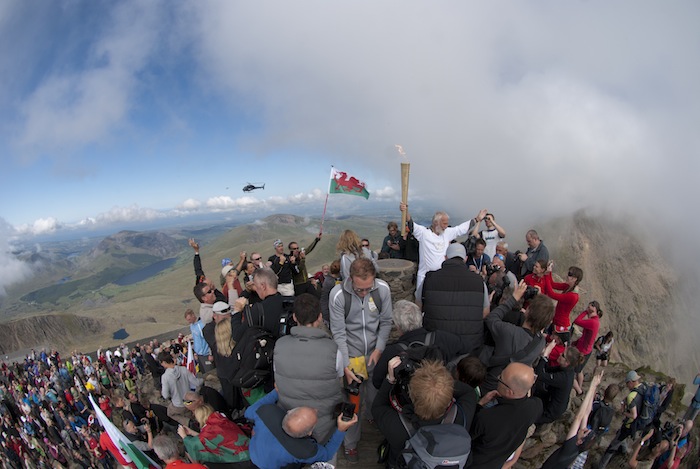 Around a hundred thousand people a year scale Snowdon when it comes to the whole of Snowdonia it is estimated that there are more than 10 million visitor days happen in the same period. This results in around 140 million pounds being injected into the local economy. The downside of this was in 2015 the Llanberis Mountain rescue team responded to around 250 calls for assistance in the area, some of which are fatal.

If you do the math then the chances of getting into trouble on Snowdon are extremely unlikely (about 1 in 100000). From my time serving on the rescue team, one of the main factors in accidents and incidents on Snowdon is the lack of experience and poorly equip tourist who are flocking to the honeypot destination that is Snowdon, England’s and Wales’ highest mountain.

This article is a guide to climbing Snowdon safely and as such we offer some top tips for stay safe and well on what can be an extremely hostile environment. The reason that Snowdon catches many off guard is the weather, where it is truly possible to experience 4 seasons in one day. We also give you an overview of the history and culture that surrounds this iconic British mountain.

Snowdon is 1085 metres in height, it is well and truly a mountain and often the starting point for people doing the 15 peaks or Welsh 3000ers. If you don’t want to appear to be a total idiot, it is called Snowdon, not Mount Snowdon and there are 5 major walking routes up the mountain, which we’ll describe later.

The mountain mainly made up of volcanic rock that appeared 450 million years ago. However, just off the summit is a small band of limestone in which you can find fossilised remains of sea creatures. These are there because the area went through a major uplift when Wales and Scotland bumped into what is now Nova Scotia in America.

That uplift and the later periods of global cooling lead to ice ages when the shapes of the mountains were etched out of the rock. As such Snowdonia is a perfect area to come and not only see but interact with major glacial features. Snowdon itself is a beautiful example of a pyramidal peak, surrounded by glacial Cwms (The welsh name for a corrie or cirque). There are also examples of ribbon lakes (Llyn Peris and Padarn in Llanberis), U shaped Valleys (Nant Francon in Ogwen), Knife Edge ridges (Crib Coch is a perfect example) and striated rock.

To find out more about these processes you can get Rock Trails: Snowdonia from Paul Gannon and excellent book on this subject.

There are several main footpaths up Snowdon all of which are slightly different and require different levels of experience. None are leisurely walks, all are long and often arduous paths up a thousand metre high mountain. All take around 3 to 5 hours to ascend and 2 to 3 hours to descend. As such climbing pr walking up Snowdon is a full day out.

This is the main tourist path up Snowdon and in the summer months is extremely busy as a result. It is an easy to follow path and in the high season has a cafe The Half Way House, that is actually only a third of a way up the mountain in real terms. As such it is a great way for those with only a little hillwalking experience to ascend Snowdon.

The PYG and Miner’s tracks make a good almost circular walk for more experienced hill and mountain walkers. It is best to ascend the PYG track, named after the Pen Y Gwyryd Hotel below Pen Y Pass and descend the Miner’s Track. This means that you will ascend the harder sections of the path in ascent and take the easier option down.

The terrain is much more serious and requires a reasonable head for heights and some experience of walking over uneven surfaces and rock. The views of the summit of Snowdon from the PYG track are also stunning. The path is easy to follow on the way up although you need to note where the Miner’s Track joins the PYG track on the way up as it can be difficult to find when descending in bad weather. If the weather closes in when you are on the summit consider descending down the Llanberis path and using the Sherpa Bus to collect your car if you managed to park at Pen Y Pass. Much better is to park and ride from Llanberis or Nant Peris.

Again this is an easier track, although there is a short steeper section on loose scree. The path can be hard to follow in poor visibility. If you want to avoid the crowds for most of the day then this path might be your best bet as you can feel quite isolated until you join the main Llanberis Path. You really need to descend the same way, as such finding where the path leaves the Llanberis path on the way down can be problematic in poor weather.

This path starts from the lowest point and is probably the longest in distance, as such it sees much less in the way of traffic and actually brings you up a lovely Cwm. The path was designed and built by Edward Watkin a railway owner who also tried to build the first tunnel under the English Channel, a project that was stopped under worries that the French would invade by this route. It also features Gladstone Rock where an 83 year Prime Minister gave a speech on Justice for Wales in 1892.

The length of this path makes it a challenging outing and the top of the path traverses a very loose scree slope on the south face of Snowdon which is difficult for those not used to this type of terrain. If descending this route avoid taking the direct line down the east ridge as this has a bad step that is one of the accident black spots on the mountain.

CRIB COCH AND THE SNOWDON HORSESHOE

Unless you are an extremely competent mountain walker/scrambler you should avoid this route. Crib Coch usually see’s several fatalities each year and requires dry weather and calm conditions to make it safer.

There are many things you need to climb Snowdon safely. Although things like an early start and good weather will make your day more enjoyable. You also need to have a basic understanding of navigation as well as a map and compass to ensure you follow the correct route. Do not be tempted to use your smartphone as there are many areas where you don’t get a signal, as such your online maps will not work.

This should not be too expensive, look in either Decathlon, Go Outdoor or Cotswolds

PLANNING YOUR DAY OUT ON SNOWDON

Long before you head out to Snowdon you should start planning your day. Reading this article is the starting point. However getting that map and studying you preferred route will help make you more aware of the terrain. You can back this up by using google maps to view a satellite image of your route. See if you can follow the track from the map to google maps. Again this will help you understand the terrain more.

Avoid setting a specific day. Instead if you are in the area for a few days, look at the forecast just before your visit and choose the day with the best weather. Don’t just use the general forecast. There is a specific Snowdonia forecast on the met office under Mountain Forecasts.

Look into using the Sherpa Bus park and ride system if heading up from Pen Y Pass. The car park is often full by 8 am as such it can be frustrating if you can’t get parked, the bus services run frequently during the summer.

Finally, when you are on the hill should you start feeling the situation is getting out of hand then consider turning around. The mountain will be there tomorrow the trick is making sure you are.

If you become lost, stuck or injured and you need to call for assistance then dial 999 ask for the police and when through to a police controller ask for mountain rescue. You will be asked several questions which if you can answer will help the rescuers get to you sooner. Those question may include:

Remember that a rescue can take a minimum of 1 hour to reach you if you can let the rescue team know exactly where you are. So having a basic understanding of first aid and navigation will also help you should the worse happen. You are not guaranteed an immediate helicopter rescue either. There are various reasons for this the least of which might be that there is somebody else somewhere in need of greater assistance than you or the conditions on the hill are beyond the capabilities of the helicopter.

Snowdonia Mountain Guides specialise offering guided walks up Snowdon. We only used local qualified and experienced guides who will not only keep you safe but share with you the wonders of Snowdon and the surrounding areas. You can find out more at our Snowdon Guided Walks page.

So incredibly lucky for a beautiful day out on the mountain with Mark. He was wonderfully accommodating and went above and beyond to ensure that I had the best day climbing possible. We were able to do a couple of classic routes and he was constantly sharing his local knowledge and climbing expertise. His familiarity with nearly every person we passed on the mountain showed his remarkable depth of commitment to the climbing community in Wales. I couldn't have asked for a better guide.