Back Home on the Range 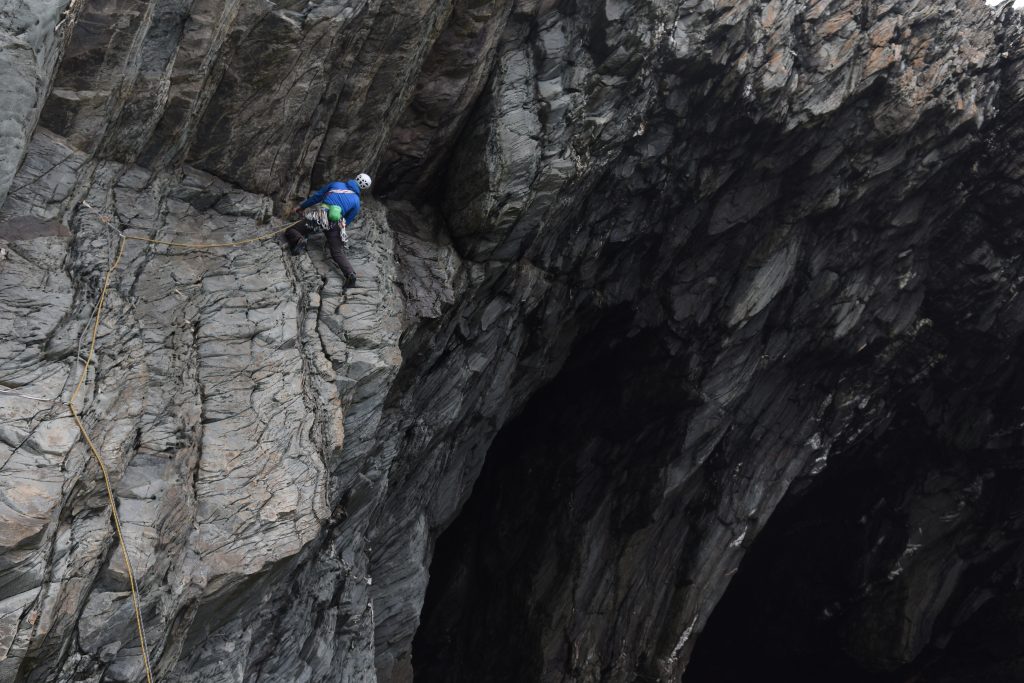 Well, this weekend I was out suffering in the name of Winter Skills at Plas Y Brenin. It was a typical welsh winter with double-figure temperatures, rain and strong winds. As a result, we spent some time on the infamous Plas Y Brenin Glacier, a series of railway sleepers that mimic ice for crampon work. We also spent a lot of time working on the students navigation.

Luckily for me my climbing partner had the following week off so we have been to the wall and finally managed to get out on real rock for the first time since I got back. We headed out to the range the day before the bird ban comes into effect. I have a few lines I have spied out and we decided to go to one of them.

To the left of the Allure a steep E5, is a slab that runs into a short steep corner groove. I sent Simon up this and he delivered the good through sub-optimal conditions. It has been a while since I got the hot aches rock climbing. It is a funky E2 pitch with poor gear and rock above the groove but nothing too bad and you can stand on a ledge forever assess the situation before committing to the to moves through to the top of the difficulty.

We then went round the corner to Olympic Zawn where we ticked off the two HVS’s The Qualifier and Opening Ceremony. After which we were pretty cold due to the relentless wind. Still, it was a grand day out of the range and three mini adventures were had.

We run quite a few of our rock climbing courses out on Anglesey, either at Gogarth, South Stack, Holyhead Mountain or the Range. We have even had a few of our clients involved in first ascents over the years.

So after I fucked up and forgot the ropes today. W

Evening dragging in the pass with @dinostock here

So I met this lad on Dinas Mot, He was about to he

Ever strong and motivated Dr Pete Robins on his pr

Louise Harvey following me up the amazing Fifth Av

Out climbing with Ben and Amy this afternoon on th

Guided a 60 year old up Tryfan today. Had a great

A nice couple of days around the East Coast of Ang