Back in Costa Blanca 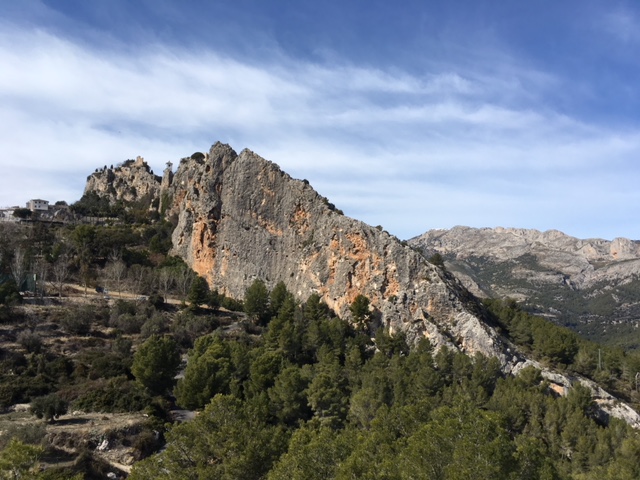 So having spent another month back in the UK trying to avoid getting washed away in the rain or buried in the occasional snow has meant that I have most been climbing indoors. Over that time I managed to do some pretty good route at the Beacon Climbing Centre, with routes up to 7b.

This week I headed back to the sunshine to work with a long-term client and friend Simon on a short climbing course in Costa Blanca. It was his first time in Spain, but I have already converted him to the ways of hot rock climbing over the winter. I am thinking of starting a cult of hot rock, to be honest.

We had a great day climbing at Toix on Sunday, then got a couple of routes done at Alcalali on Monday before the rain stopped play. We finish the three days off with a day at Guadalest, where Simon kindly offered me a catch on a couple of routes, so I nipped up a 7a and then a 7b. Although they were probably overgraded!!

It is great to be out here again and I really want to start planning for next years courses out here and across Spain. As I love it here. The question is how to go about making next year better than this year?

Check out The Hot Rock Holidays Page for what we are offering next year so far.