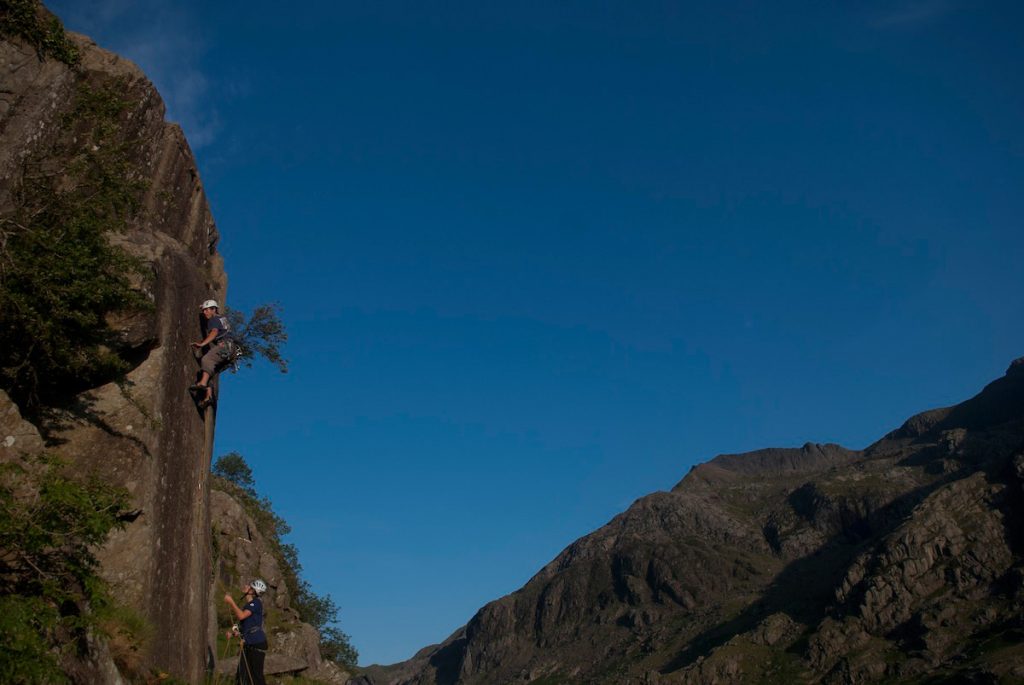 The gateway to the Llanberis Pass is often overlooked because of its more famous neighbours, but don’t be put off there are some stunnign routes here that are never as busy as the Crouchan, Wastad or Cromlech on a nice warm sunny day.

The Black Crag is so called as it spends most of its time covered in a sheen of damp lichen and dripping water. However hidden amongst this facard are some fine rock climbs. Including one of the easiest route in the whole Valley. Rib and Slab offers a good intro duction to climbing here, however the walk off is as eye opeing as the run-out slab on pitch two.

There are routes to right of this, the Best being Rift Wall, Orpheus, Yellow Groove and Yellow Wall. All offering something for the aspiring trad climber. Again these are often damp but not as damp as the routes immediately left of Rib and Slab, Zig-Zag and Canol are examples of routes you have to wait for a drought for.

Way over to the kleft but still a park of this crag is a smaller clearer buttress. On it you can see textbook examples of striation lines, left by the passing galcier that smooth this rock over hudnreds of years. Up it is a crack and some pockets, this micro-route is a fantastic E2 call Mabinogion, names after a famous welsh fairytake told to kids that feature king arthur and Merlin who eats mushrooms and see vibrant new colours! 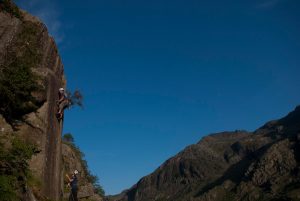 The amazing Mabinogion, E2 on Craig Ddu in the Llanberis Pass 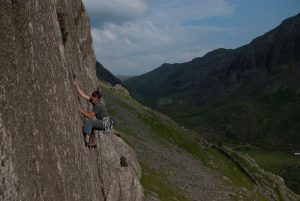 Not Too hard for Dave Rudkin! A little gem of a climb on Dwys Y Gwynt, oo Hard for Jim Perrin, E1. 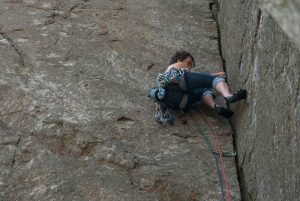 Some route checking in the moelwyns today!

Nice sunset last night whilst out for ratites birt